AAI full form or Meaning is Airport Authority of India.

Airport Authority of India or AAI is the Main governing body in India for all types of Passengers and public airports.

The Airports Authority of India is a statutory body, working under the Ministry of Civil Aviation, Government of India is liable for making, redesigning, keeping up and overseeing common flight foundation in India. It gives Communication Navigation Surveillance/Air Traffic Management benefits over Indian airspace and bordering maritime zones.

Number of Airports under AAI

A total of 137 airports, which include 23 International Airports, 10 Customs Airports, 81 Domestic Airports and 23 Domestic Civil Enclaves at Defense airfields comes under the Airport Authority of India-AAI.

Airport Authority of India Handled more than 341 Million Passengers in 2018. The number of passengers traveling by air is increasing at a rate of more than 5% in India every year.

Domestic and International both air passengers are increasing rapidly in India. India is the third-largest domestic civil aviation market in the world behind the USA and China.

AAI has always been ahead in adopting new technology. Today, many airports in India are of a world-class level.

it was the first Airport Authority in East Asia to Adopt the Automatic Departure Servilance system(ADSS) at Kolkata and Chennai Airport.

most of the airports in India is Having the facility to land at Night. some of them are even equipped with the fog landing system.

Airports in Metros are busiest in India. Indira Gandhi International airport Delhi is the busiest airport in India followed by Mumbai Airport.

Bengaluru, Chennai, Kolkata, and Hyderabad also came in the list of busiest Airports.

Airport Authority of India has Different Training Centres Across India.-

Airport Authority of India is a Miniratna category 1 public sector enterprise. Within this, a lot of employees are required in fields such as Airport operations, Airport Navigation, and security.

One can join AAI in any of the following areas according to their qualifications. the recruitment is done for most of the technical posts through GATE. but they also conduct their recruitment drives for different posts.

different fields one can work-

visit the official website of Airport Authority of India- www.aai.aero 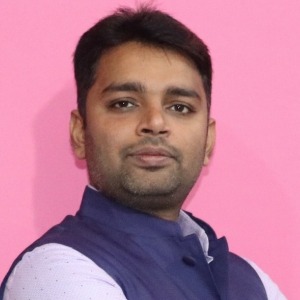